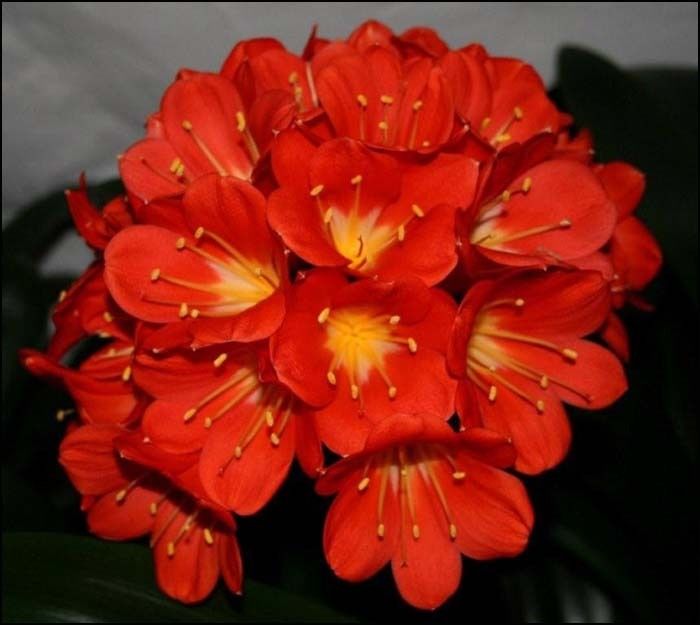 “They are called Twins as they often flower twice per year – in Autumn and again in Spring. A low growing, broadleaf variety, ideal for growing on a patio, used as a tub specimen or planting in the ground in a shady position. Their orange clustered flowers are heavy bloomers and are followed by attractive, red, berry-like fruit. Spring flowering. Sahin Twin are considered as one of the appealing darkest orange flowering clivias in the world. The color is so intense that it looks almost red!”

“These clivia plants will flower when they have 12 to 14 leaves, usually at around 3.5 years of age.”

“The Sahin strain or group of Clivia was hybridized by Kees Sahin and his wife Elisabeth at their nursery in the Netherlands. They can have 2 scapes blooming at the same time (twins) as well as sometimes blooming twice per year. This strain was bred to be more compact in size and for the color of the flower. Mr. Sahin founded this large commercial plant/seed nursery in 1986 and has hybridized many different varieties of plants until his death at age 62 in September of 2006. His wife a botanist continues to manage the firm.”